‎As MyCointainer continues to innovate staking services, we're happy to announce the integration of Decimal (DEL) into MyCointainer's staking platform. We believe this is the beginning of a successful partnership for both sides.

MyCointainer has launched a validator node on the Decimal blockchain and leverage its possibilities at MyCointainer platform. Users who would like to stake their DEL in MyCointainer can now deposit and earn passively by holding DEL tokens on the platform. Rewards are generated and distributed daily. Most importantly, staking starts right after deposit and rewards will automatically take effect. Over the year, your coins will generate 101.4% of the rewards. 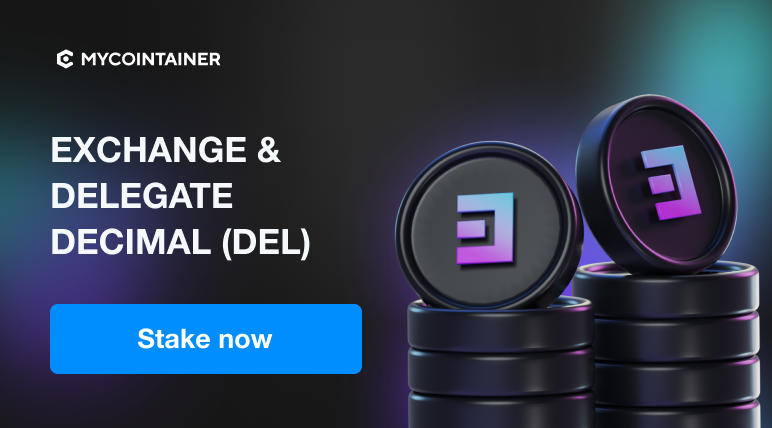 DEL will also be added to the list of assets available for purchase on the built-in exchange enabling users to conveniently go from zero to a staker. Users will be able to buy DEL with BTC, EUR and many other FIAT and cryptocurrencies directly in MyCointainer Exchange. Stay tuned for next communication! 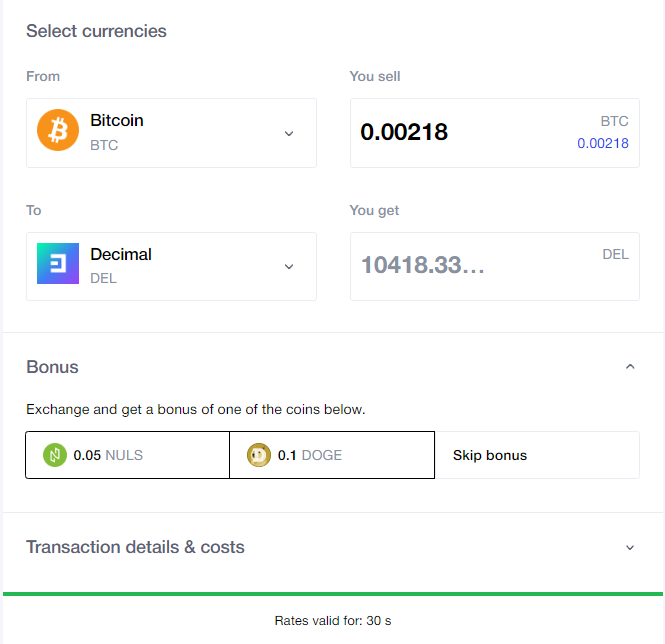 MyCointainer continues to innovate various staking services for our users. Hence, we are pleased to announce the integration of the cold staking system of the Decimal (DEL) as added approach to earn passive income. With Cold Staking, you delegate your DEL tokens to the MyCointainer node that stakes your coins on your behalf. The advantage of cold staking is that you are still in control of the coins you own, and that your rewards will be retained in your safekeeping. 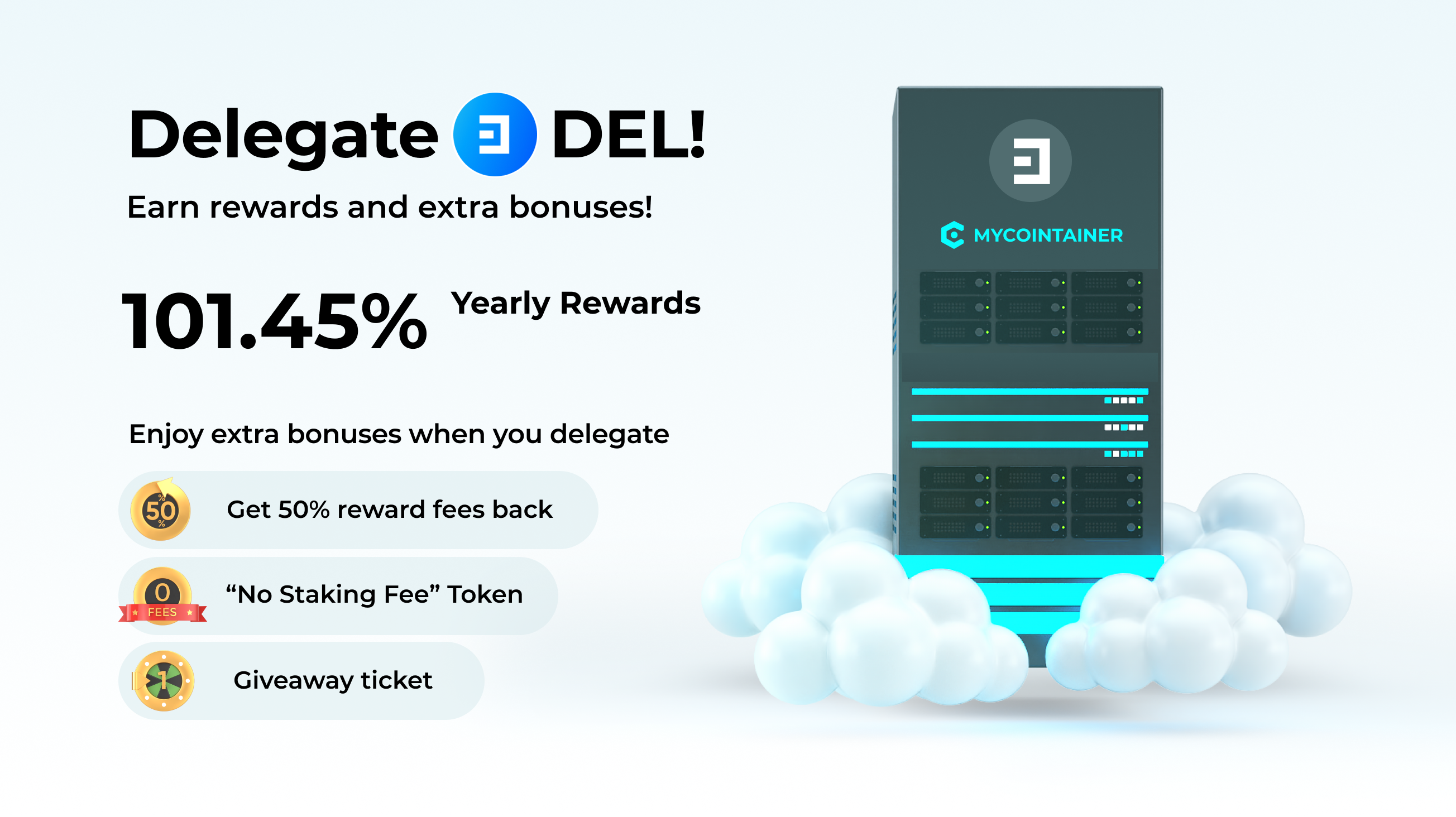 DecimalChain is a blockchain, and a constructor for developing all types of tokens (stablecoins, NFT Tokens, liquid, illiquid) which does not require particular hard skills from the creator. The project utilizes Delegated Proof of Stake (DPoS) consensus mechanism to reward the validators with new DEL coins.

The DecimalChain team is happy to cooperate with MyContainer, and we hope that our technologies would be interesting and beneficial for users. 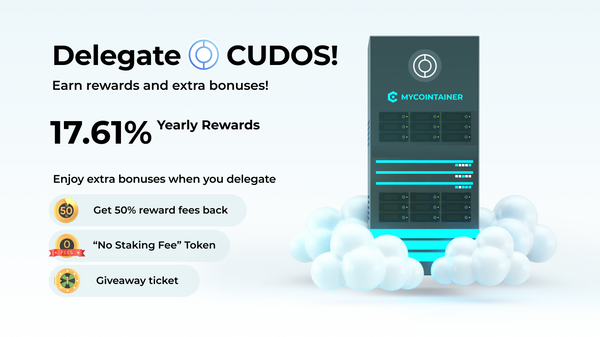 Users who choose to hold their own coins can join the Cudos (CUDOS) cold staking on the MyCointainer node. Delegators can earn up to 17.61% APR and so much more. 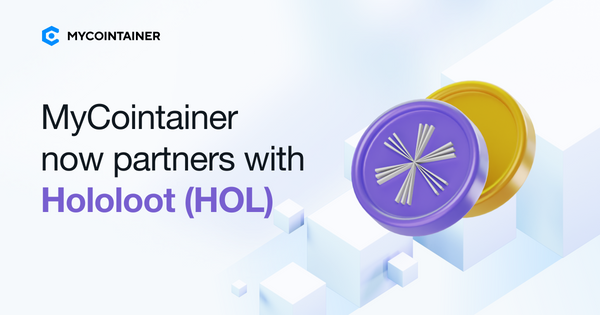 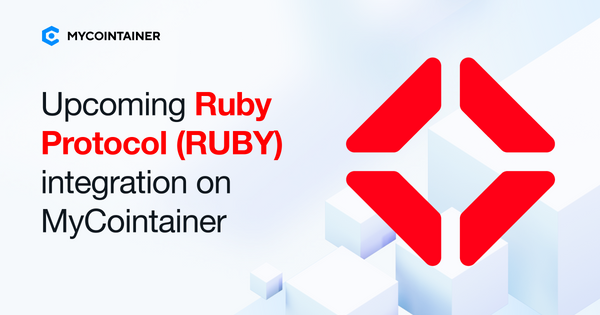 We are delighted to announce that MyCointainer will team up with Ruby Protocol to integrate its business ecosystem into the platform.