MyCointainer has successfully listed Decimal, which allows $DEL token holders to stake, delegate, and trade on the platform. The partnership integration brings out the best of the staking approach because of the earning opportunities it offers to all crypto enthusiasts.

MyCointainer and DecimalChain combine their resources to create the most convenient staking solution that is easily accessible, without needing hard skills to earn passive income.

MyCointainer has launched a validator node on the DecimalChain and leverages its earning possibilities. Community members who wish to stake their $DEL tokens can do so by holding the asset in their MyCointainer wallet. The staking rewards are automatically generated daily, and users can monitor their cryptocurrencies using the desktop or mobile app. 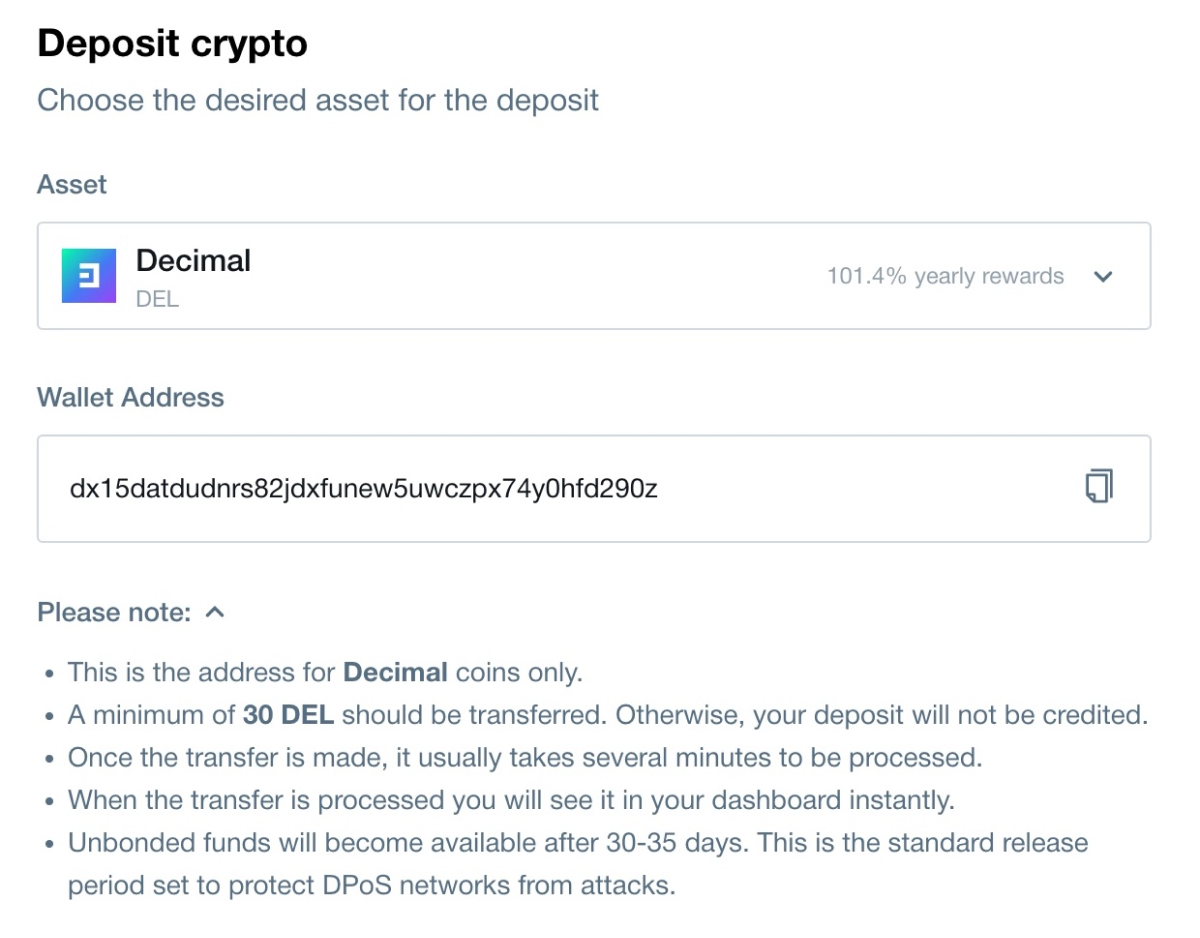 MyCointainer is regulated by FIU (Financial Intelligence Unit) to provide services of exchanging cryptocurrencies to fiat currencies, and vice versa. The platform's built-in exchange enables users to buy and sell $DEL against BTC, USDT, EUR and many other FIAT and cryptocurrencies.

Get the best rates and a bonus crypto with every successful trade to maximize the rewards. 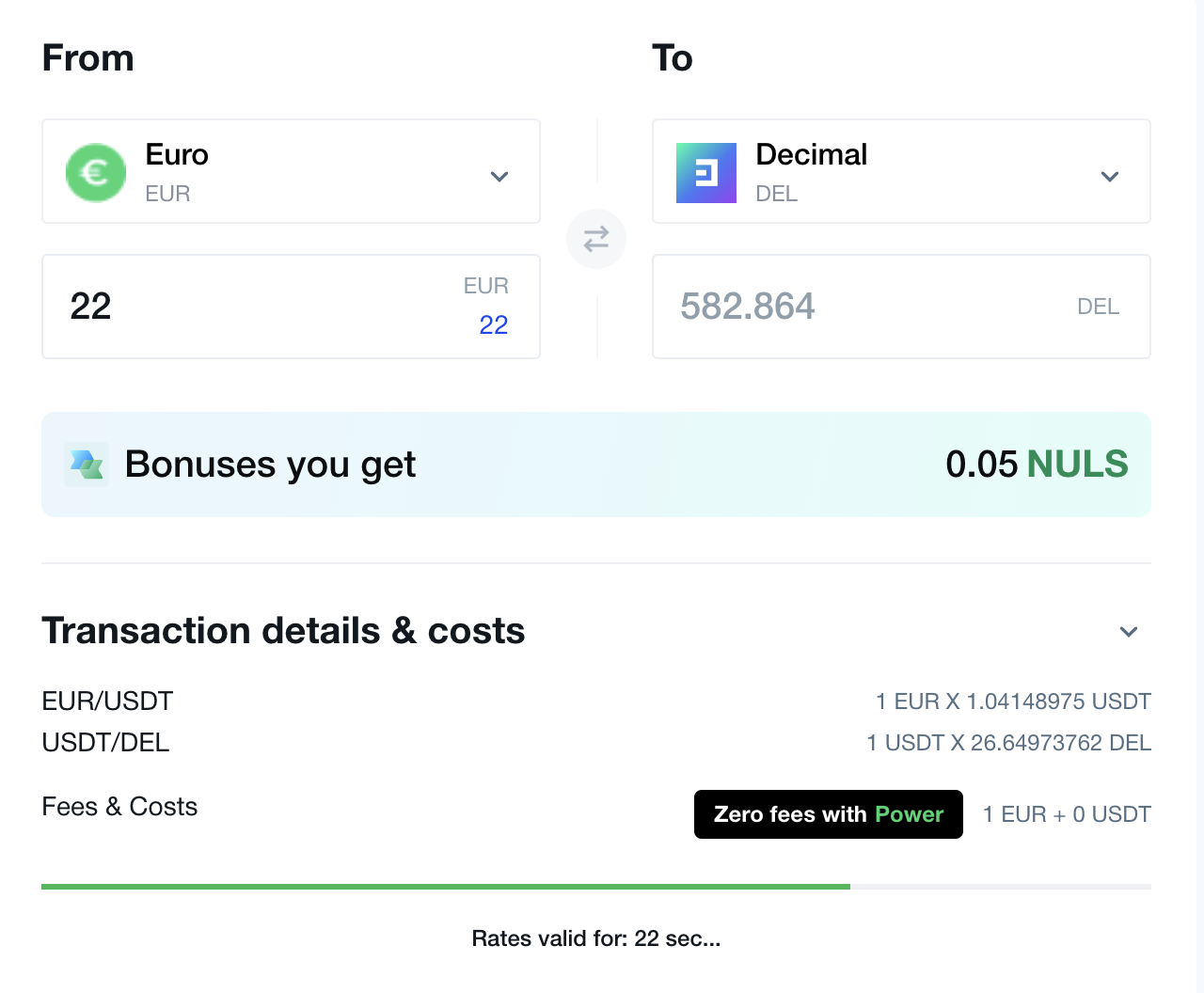 MyCointainer's Cold Staking is a decentralized application that allows users to participate in the staking mechanism while holding their tokens and private keys. Also, holders receive the same financial benefit of earning rewards and the highest level of security for their assets.

Delegate your $DEL to the MyCointainer node and have stable returns that are stored directly in your offline wallet.

The DecimalChain team is happy to cooperate with MyContainer, and we hope that our technologies would be interesting and beneficial for users.

DecimalChain is a blockchain, and a constructor for developing all types of tokens (stablecoins, NFT Tokens, liquid, illiquid) which does not require particular hard skills from the creator. The project utilizes Delegated Proof of Stake (DPoS) consensus mechanism to reward the validators with new DEL coins.

MyCointainer is the all-in-one digital solution to earn cryptocurrency online. Generate passive income by staking, trading, cashbacks, and airdrops using the simplest, user-friendly interface that won't require technical expertise. Users can choose from over 120 hand-picked assets and have the best diversified portfolio. Designed for individuals and businesses looking for ways to eliminate the complexity of the crypto world, and participate in the growing digital economy. 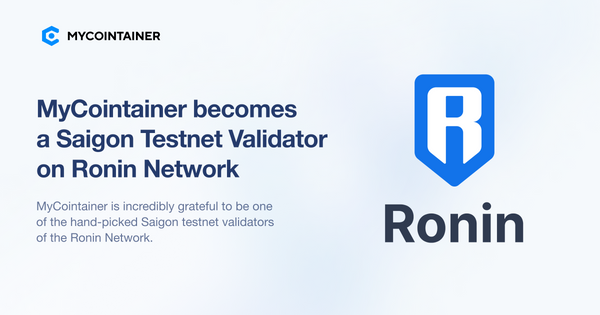 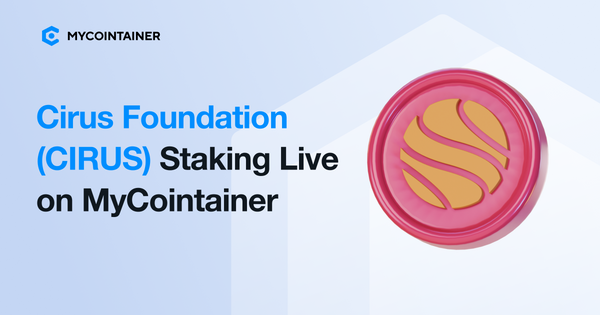 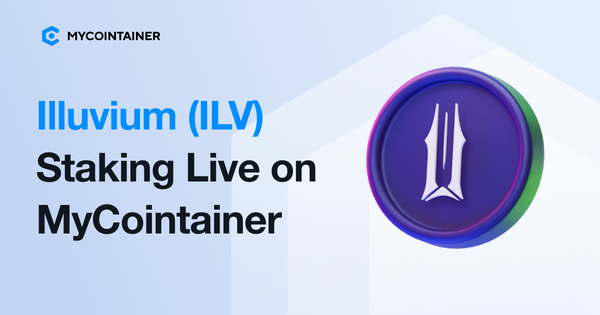