We are delighted to announce that MyCointainer will team up with Ruby Protocol to integrate its functional encryption technologies and the native token $RUBY into the platform. The strategic partnership will develop further network decentralization, through the staking of $RUBY, while supporting data monetization.

Project in a Nutshell

Ruby Protocol is a cross-chain, privacy-first infrastructure for DeFi and Web3.0, powered by Polkadot. It is a layer-1 protocol that utilizes Functional Encryption (FE) cryptography, which allows users to adopt a modular approach to data sharing and privacy.

This solution will allow users to encrypt sensitive information on-chain, which can only be decrypted by holders of an approved private key. Such a way is to ensure that users can protect and control their data by giving them more influence over the way their private information is shared. In various application scenarios, Ruby can serve as a fine-grained access control gateway for data flow, including a private data sharing platform between TradFi and DeFi.

The Ruby Network protocol is developed based on the Substrate blockchain development tool and belongs to the Polkadot ecology. So, Ruby will adopt the same Nominated Proof of Stake (NPoS) consensus mechanism as Polkadot, where there are Validators and Nominators.

$RUBY holders can stake their tokens as collateral in order to run a node on the network and help secure the decentralization of the Ruby Protocol. Token holders can participate in the delegation and obtain staking rewards.

The utility of $RUBY includes, but is not limited to: staking, governance, and incentives. In the Ruby Data Marketplace, $RUBY tokens have real use values, which will greatly encourage users to hold them.

The Ruby Protocol is designed to give its community members the opportunity to control their private data and choose which information they share with third parties. This remains relevant in the event that we are aiming to shift from Web 2.0 to Web 3.0 model which is why MyCointainer will support its business innovations and token integrations to raise awareness of the Ruby Protocol's mission.

The first initiative is to actively participate in the Ruby Protocol by deploying nodes to their testnet. Through this activity, MyCointainer developers can experiment with the network's decentralized applications and provide beneficial feedback or recommendations. The collaboration is a great way to build a strong foundation between different projects, and so much so to deliver a safe environment for the end-users.

MyCointainer plans to integrate the token, $RUBY, and include it in the list of Proof-of-Stake assets available on the platform upon the token launch. MyCointainer will make it easy for users to stake the token and earn daily compounding rewards. Maximize the earnings by having zero staking and withdrawal fees for POWER Plan subscribers.

Afterwards, we will list the tokens in MyCointainer Exchange with trading pairs of BTC, USDT and major cryptocurrencies, as well as EUR and other fiat pairs. Directly trade $RUBY and receive the tokens in your account instantly.

To improve the decentralization of the project and simultaneously protect your funds, we will offer cold staking to all future $RUBY token holders. The non-custodial staking gives the same reward potential while having your money in your own wallet.

More from the partnership integrations are aligned to keep the MyCointainer users involved in the opportunities presented by Ruby Protocol.

We should strongly consider protecting our private information from outsider breaches. Ruby Protocol meets the demand for privacy needs of users across transactions, smart contracts and the broader Web3 space. With the data monetization program and token incentives from Ruby, we have compelling reasons to support the project.

As soon as the Ruby Protocol mainnet is live, individuals can invest in the project through staking and earn stable rewards while participating in the governance voting of RubyDAO.

MyCointainer is committed to providing the same level of protection and data privacy to our users by ensuring the platform is well-managed by Blockchain Experts and Information Security Specialists, and free from malicious attacks.

Learn more about the project

Stay tuned for the next update. 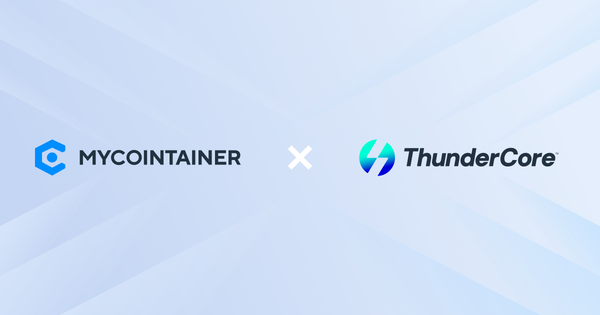 The MyCointainer community will soon be able to participate in the thriving ThunderCore ecosystem.

We are thrilled to announce that MyCointainer will collaborate with Polymesh to integrate its institutional–grade permissioned blockchain and the native token $POLYX into the platform. 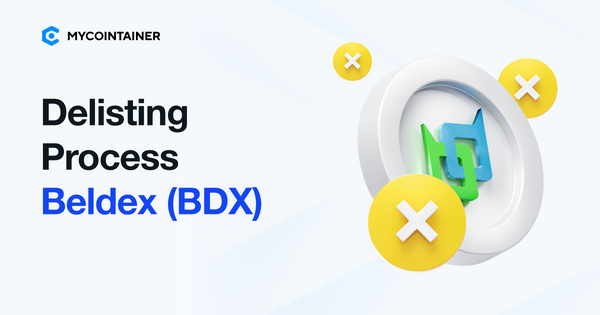 We've decided to delist Beldex (BDX) from our staking platform. Holders must withdraw their coins on or before December 10, 2022.